Jane Austen in Perspective: An introduction to Jane Austen

The people in Jane Austen's life - The suitor: Harris Bigg-Wither

In December 1802, Jane Austen accepted, then refused, the only offer of marriage that we know she received (although Jon Spence, in Becoming Jane Austen, is sure that Edward Bridges also proposed to her). The situation has been referred to as "the Bigg-Wither fiasco" by both Spence and another of Austen’s biographers, Claire Tomalin. I would have to agree.

Harris Bigg-Wither was born in Wiltshire on 18 May 1781, five and a half years after Jane. He was the second youngest of nine children – seven girls and two boys – and was named after his grandmother, Jane Harris. Harris was eight years old when his father Lovelace inherited the property Manydown Park in 1789, and moved there, a well-to-do widower with six girls and two boys accompanying him. Manydown was in the neighbourhood of Steventon, where Jane Austen lived. The cousins from whom the property was inherited were called Wither, so Lovelace decided to change his surname to Bigg-Wither and changed his sons’ names also. The daughters kept their surname, Bigg.

The Austens and the Bigg-Withers soon became friends, and Jane would have first met Harris when he was eight years old and she 14. Harris was awkward in manner and a stammerer, and liked to tease and trick his sisters. When he was 13, his elder brother died and Harris became heir to Manydown Park and several other properties.

Two years later Jane Austen was dancing and flirting with Tom Lefroy at a ball at Manydown, as she writes in the first letter of hers to which we have access (Letter # 1) . Presumably Harris was part of the company, but Jane does not mention him. A steady friendship continued between the Austen and Bigg ladies. In 1800, when Jane was 25 and Harris 20, she wrote (Letter # 25),

We shall probably never know what his ‘bad habit of body’ was.

After Jane’s father retired and moved to Bath, the friendship between Jane and Alethea and Catherine Bigg continued, and Jane, staying at Manydown, wrote to Cassandra (Letter # 34), "we spend our time here as quietly as usual." Again, she does not mention Harris, but he was probably away with his tutor or at Oxford University. His father had been concerned about Harris’s education, so he was tutored privately by a Mr Wallington, and later proceeded to Worcester College. He did not complete a degree, and returned to live at Manydown. Although he still stammered, and was shy and awkward in manner, he was tall, broad-shouldered and perhaps more confident.

In December 1802, when Jane was approaching her 27th birthday and Harris was 21, Jane and Cassandra were once again staying at Manydown with Alethea, Catherine, and their sister, Elizabeth Heathcote, who had returned home after the death of her husband. This visit was the occasion on which Harris proposed marriage and was accepted. The event immediately followed by general rejoicing in the household. Early the next morning, Jane announced her change of mind and left the house hurriedly in the Bigg-Wither carriage, accompanied by Cassandra, Alethea and Catherine, fleeing to her brother James and his wife Mary at Steventon.

Alethea and Catherine bade a tearful farewell to the Austen sisters; Jane forcefully persuaded James to take her and Cassandra back to Bath the next day, refusing to tell James and Mary what the trouble was. The occasion was filled with emotion. Claire Tomalin suggests that Harris’s sisters may have encouraged him to make the proposal. They could see advantages for themselves if Jane became their sister-in-law, and advantages for their brother in marrying a woman he had known – and presumably liked – for most of his life. They could also appreciate the advantages for their friend Jane in becoming, in due course, the mistress of Manydown Park. Jane would have been aware of these advantages and many others too: relief from poverty, the ability to provide for Cassandra and to assist her parents, children, social importance. Jane must have dwelt, too, on the disadvantages all night long. We will never know what thoughts governed her decision to revoke her acceptance of Harris. 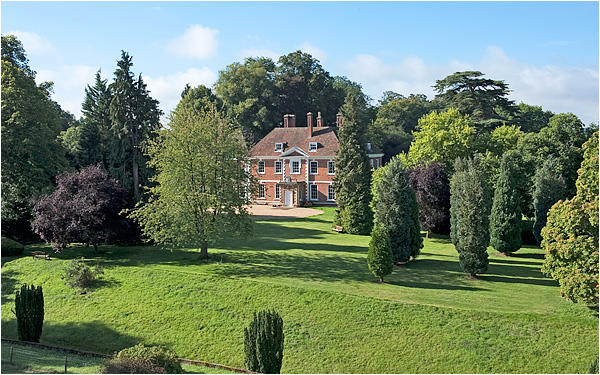 Some family and biographers’ opinions are available. Her brother James’s wife, Mary, regretted the decision, believing the match a most desirable one. Mary’s daughter, Caroline Austen, wrote:

Jane’s brother Frank’s daughter, Catherine Hubback (born in 1818, well after the event) wrote in 1870, after she had read letters of Jane’s which are no longer extant:

... would not be behaving fairly or rightly towards him if she accepted ...

We would naturally rather have Mansfield Park and Emma than the Bigg-Wither baby Jane Austen might have given the world.

Natalie Tyler says: "Harris was a social misfit and could not have matched her wit and intellect." Grosvenor Myer thinks that Jane "dreaded marriage to a man of inferior understanding." Jon Spence believes she yearned for security, but did not want to be married to him.

Two years after Jane’s refusal, Harris Bigg-Wither married Anne Howe Frith and went to live at Wymering, in Coshaw, Hampshire, a family property of his grandmother, Jane Harris. Here five of his 10 children were born.

When his father Lovelace Bigg-Wither died in 1813, Harris moved to Manydown Park, where five more children were born. Here he lived, as his forefathers had, the life of a country squire, diligent in magisterial work, kind to the poor, and beloved by his family. Harris died of apoplexy in 1833 aged 51, having, as The Wither Family history records, rented and moved to the adjacent property Tangier Park two years earlier. His son – also Lovelace – inherited Manydown, and later also bought Tangier Park. Manydown was sold, reluctantly, in 1871, and was pulled down in 1965.

Jane resumed her friendship with the Bigg sisters and continued to visit them as before. When Jane, in her final illness, moved to Winchester, it was Alethea and Elizabeth, living in the city at that time, who found suitable lodgings for her and visited her almost daily.

One of Harris’s five sons emigrated to New Zealand in 1822, and became a farmer, an MP and a Justice of the Peace. The other four sons became clergymen; the five daughters did not marry. The last of Harris’s children died in 1900.